Bells are non-craftable Minecraft blocks that are commonly found in village centers. They are, however, utilized for more than only making a sound. Although bells aren’t the most useful block in the game, they do have some potential. They might get even more if Mojang keeps tweaking the game to their taste.

Let us have a look at some of the best uses of bells in Minecraft.

Villages in Minecraft have bells in the middle. They’re utilized to alert the villagers to impending danger. Players can ring the bell whenever a hamlet is raided or attacked by enemy mobs. As a result, villagers will retreat into their homes to keep safe.

This bell function is available to players at all times. There are no hostile mobs required to motivate villagers to return home.

2) Its use in Machinery

A redstone signal, like many other blocks in Minecraft, can be used to activate a bell. This opens up some fascinating possibilities for redstone technology, not only in terms of ringing the bell but also in terms of integrating it with other machines.

Many blocks have uses in redstone creations, even if they aren’t immediately obvious. Bells could be a hidden treasure of redstone engineering, but without a little trial and error, players won’t know for sure. The world of Minecraft’s redstone logic is large and complicated.

Bells with a golden quality can be used as decorations in Minecraft. They may be a terrific addition to any building, especially those with a mediaeval or classical theme.

Some gamers have even managed to build working grandfather clocks using redstone equipment that play different sounds depending on the time of day. A nice grandfather clock at a player’s home or base not only looks nice, but it can also be useful for keeping track of the time. 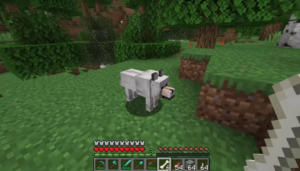