There is a way by which players can pick up the stuffs very fast. Where there are lot of stuffs like Guns,ammo and grande it take time to collect all of them. 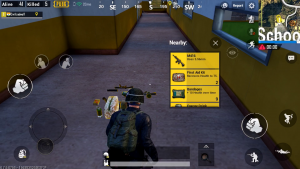 Basically this is not a glitch it a trick by which u can increase the speed of collecting items from ground.First thing is go to your setting and check the auto pick up stuffs is ON.

Next thing is if you have a lot of stuff lying around while picking up u get a box which shows the item on the ground what u have to do is just click on second item on this list.

What it does is it collects the second item as well as the first at same time.Which gradually saves a lot of time and while playing PUBG picking up to loot faster is real blessing.