Rainbow six siege for android is a first person shooter tactical gameplay known as project F2 which has two modes first is Team death match and second is Defuse.

However, there’s no official game of Rainbow six siege for android or mobile version its a blatant version created by Chinese developers which has somewhat exact locations and structures in game same as in rainbow siege it’s well made and it have really good quality, controls seems smooth and it counts with sensitivity & HUD settings.The game is available on tap-tap though it has low rating game really works good also you can Download it here.

Ubisoft’s Rainbow six seige is still not been released in China .Overall the developers did really a good job game runs smooth and interesting to play.

You can download the game from our site and do let us know what you think about the mimic game of Rainbow six siege. 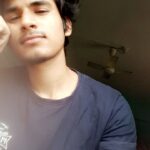